Having relocated my private praxis to Berlin, I quickly spotted a tendency: How often the people I work with reveal that they are struggling with being emotionally connected in their relationships. As a result, they are struggling to make their life a joyful experience. These people tend to be professionally very successful, creative, pleasant, witty, and yet they are unwantedly-alone.

They have so many abilities and skills, but the story that I’m told is that they still do not know how to develop and/or maintain relationships.  Some of them have been alone for years, some of them are almost compulsively driven to use dating-sites, some of them have been stuck for years in the mourning process after breaking up previous (dys)functional relationship. It is common to withdraw into solitude as a shelter, yet still feel lonely, isolated and depressed.

Take this client, for example.  After having dated numerous people, when a new date again failed, they desperately said: I’ll end up alone, I’m starting to lose hope. Maybe I’m born incapable of a long-term relationship.” Another client said that she’s been alone for more than five years because: “That’s me…I simply attract people who are not good for me and after all those years I gave up”. She was abused and neglected in a few previous relationships, but she couldn’t stop blaming herself for what she had been through. Another example is a client who was betrayed, because his partner cheated on him and then broke up. The client tried dating a few new partners, but each time he ended up saying: “He (his ex-partner) took from me everything that was worthy…now I’m empty and I’m nobody.“

Those are just some examples of people who are lonely, live alone and use dating as a common pattern of finding a partner in everyday life. The people described above, and many others, are suffering because they have a conflict between the way they apparently live and the way they emotionally feel – they have low self-esteem, feel insecure, inferior, not worthy of love, or they doubt their own capacity to love…all those feelings can lead to depression and anxiety and activate defensive mechanisms in order to cope with them. In my experience, these people use two main coping strategies: either they strictly stick to their well-known circle of people and hesitate to take any initiative in making new contacts, or they actively and often excessively use dating networks in order to find someone who would love them.

One way or another, they are trying to establish a safe-enough distance which would enable them to be surrounded with people, and at the same time provide a sort of escape to the realm of solitude, when anticipation of closeness starts provoking intense anxiety. In other words, they are stuck between their own desires and anxieties and they find this safe-enough distance as the Solomon solution which would provide them a sense of control, so that they could precisely steer their own emotions, instead of being constantly overwhelmed. But safe-enough distance is, as one client said, “as if one would be living in a balloon – one can perceive everything, only one can’t taste, feel or touch it.” That’s why those who excessively use dating-sites usually say they don’t even know whether they are attracted to somebody anymore, or they even frequently ask how they are supposed to know if they are – as if they were completely detached from their own emotional experience.

While life in a balloon could be to some extent safe and painless, at the same time it is a life without joy, happiness or love.

So how can we work to live outside of this balloon, and grow to have happy, fulfilling relationships?  Although this safe-enough distance could be worked through the client-therapist relationship in individual therapy, from the psychoanalytic point of view, group therapy might be even more effective.  Change in a group can be:

Instead of safe-enough distance which makes one becomes emotionally detached or numb, in the group, there is safe-enough space for exploring emotions and experiences in the “here and now situation”- with other members of the group and the therapist.

The basic idea of group-analytic psychotherapy is that each member has their own history of interpersonal relations which they bring to the group and which will sooner or later be revealed. Once some dysfunctional or toxic patterns are revealed “here and now”, they can be analysed and interpreted.  Then in upcoming groups, members can process some new, healthier and more adjusted patterns, to be explored and exercised first in the session, and then in everyday life. Clients usually come to therapy with some problems they detected and were conscious of, but once they enter the therapeutic process, they start to slowly discover some deeper layers or even some problems they didn’t know existed. This is particularly true with interpersonal problems, because we usually know what for us is especially painful, inadmissible or intimidating in relationships, but we don’t know much about how others perceive us.

Among a longer list of therapeutic factors in group psychotherapy, three are pointed to as most important:

Via these factors, among others, the members of the group can find themselves moving through and past unhelpful patterns from their past to grow into a better future they define for themselves.  If you are interested in learning more about group psychotherapy, or potentially joining a group psychotherapy session, contact Maja via email for more details. 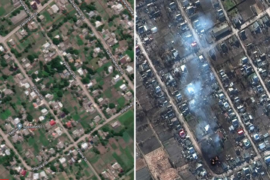