For the sixth episode of the It’s Complicated podcast, Reece Cox ventures into the realm of multilove. The episode is captivating and left me curious for more brain pickings, so I wrote not just the interviewed psychotherapist, Mathias Funke, but also Rosanna Wendel and Phil Sheldon – two other counsellors who have insights into the realm of polyamory. This is what came out of my probing.

I’d like to first ask you to introduce yourselves and tell me briefly about your experience with the field of polyamory as therapists?

Rosanna: As a couple’s therapist, one main focus of my work is helping people to build a secure emotional bond between them. So far, only monogamous couples have come to my office, I would like to also support everyone who decides to choose a non-monogamous relationship lifestyle though. For my work, it doesn’t matter how many people are included in a relationship. For many years, this topic has interested me and now, with practicing EFT (emotion-focused-therapy) for couples, I see more clearly how to support people in expressing their emotions in a way that creates connection, instead of stress and disconnection.

Mathias: I’ve been working as a Psychologischer Psychotherapeut in Berlin since 2011. Being polyamorous myself and talking to many poly people, I noticed the demand for therapists who at the very least aren’t judgmental about a non-monogamous lifestyle, or who are accepting or even experienced. Since I put this on my website as a focus of my work and through recommendations, poly people started coming to me.

Phil: I’m an integrative therapist/counsellor, working for over eight years in the field, spending mostly half my career working as a lead therapist for a large sexual health/HIV charity back in the UK, and the other half working in private practice here in Berlin. I think my work back in the UK introduced me to a larger population who were mostly not practicing or not in traditional monogamy structures, namely LGBTQ+, who were already practicing multi-relationship dynamics. At this point, I realised the extent of the increased dynamics that may be present in the room, and also the need to increase my language and definitions: We’re aware of certain terms, monogamy, open relationships, polyamory, etc., but not necessarily all the ones in between, or the movements that can happen in between. So for me, Polyamory is an umbrella term encompassing the many non-monogamous, non-exclusive, multi-partner permutations that some of my clients may seek out.

Would you say that there is a particular philosophy and modality/therapy approach that is the most helpful in treating the problems that can arise in poly constellations?

Rosanna: By living a non-monogamous relationship, one might be confronted more frequently with deeply rooted insecurities and fears than in a monogamous relationship. On one hand, this might give the opportunity for fast personal growth, as it will probably draw attention to areas one might want to work on. On the other hand, more frequent confrontations with vulnerability can cause a lot of stress and destabilize mental health if someone doesn’t have enough resources to cope. Fears and insecurities concerning any kind of social connection are inherent to all humans and we need to understand and take care of them. In an EFT session, I try to support my clients in understanding and expressing their inner experience to one another in a way that fosters feelings of compassion and love between them, instead of leading to arguments or stonewalling. Sometimes, we are so overwhelmed by what we feel that we fail to stay emotionally connected with our partner(s), or to take their perspective, and rather get caught in accusations or self-defensive anger. Although they are not responsible for what we feel, our partner(s) can help us in processing difficult inner experiences. This creates trust and builds emotional intimacy. In a polyamorous relationship, people might aim to build emotional intimacy with multiple people – I think this is beautiful!

Mathias: I have a background in Acceptance and Commitment Therapy (ACT) which in my experience is an excellent match. Learning to handle your inner experience (like fear, insecurity, jealousy, thoughts about not being good enough…) in different ways and focusing on freely chosen values to guide you instead of that inner experience has been very helpful specifically in my therapies with poly people.

Phil: A brief perusal of the research out there would suggest not. The main focus, maybe, seems to be what not to do in supporting the mental health of these populations: don’t replicate biases or prejudices that some of the clients may already experience from society, so are you aware of your unconscious biases? And not to psychopathologise these behaviours just because they’re not necessarily dominant in society, for example.

Mathias: I’ve noticed that too. I think both might attract people who have a certain openness for new experiences and novelty-seeking as opposed to those who are embracing the status quo.

Phil: Mm, i don’t think so? I would also argue that there is also a capitalist element to psychedelic-assisted therapy: Definitely not everyone would be able to access this unless they had certain funds, no? (at this time..) The only link I can see is that psychedelic-assisted therapy, maybe, feels more palatable to those who have already had psychedelic experiences, and we may then make a link between counter-culture (psychedelics), and those pursuing non-normative relational practices, but again these are assumptions…

What are the unique challenges that a poly constellation might typically face as compared to a traditional relationship?

Mathias: For me that would be external or internalized judgments based on a culture of mononormativity (the assumption that romantic and sexual relationships can only occur, or are only normal, between two monogamous partners).

Rosanna: I would also say that what is particularly difficult for people in poly relationships is the amount of stigma that they encounter, maybe from their families of origin, their workplace or social network. This kind of discrimination can actually be an incentive for the poly partners to support each other and strengthen their bond!

Phil: In essence, to set good boundaries. Learning to have more difficult conversations, which often get framed as ‘confrontations’. So, demystifying ‘confrontation’ as simply ways to vocalise your own wants or needs without fear of abandonment, for example (“if I say this, you might leave”). Talking more openly about sexual wants, needs & desires. Likely to be more regular conversations around STIs and testing. Talking openly about jealousy. Having regular check-ins with all parties involved. Being mindful that these things can be fluid depending where we’re at in our lives, so being open to change/adaptation, etc. And maybe, finally, having enough time to manage these multiple dynamics.

What unique potential does a poly lifestyle have?

Mathias: I see the potential to question a mononormative narrative in our society which I believe would benefit everyone, much like questioning heteronormativity might be mostly driven by queer people but in my view benefits our whole society.

Phil: I think uniquely, it just gives people permission, permission to exist without the dominant constraints of heteronormatively-imposed monogamy, which a lot of people find suffocating. I mean, this is not new, humans have been constructing many ways of existing in relationship(s) over the centuries. But, like masculinity, monogamy can be a box with very rigid walls where everyone loses. And I think, just getting clients to break down these walls, and then make choices for themselves, is super helpful. And we may choose, at different moments in our life, relationship constructions that nourish us at that time, ie potentially have a more fluid perspective on the relationships we want and need.

As therapists, what are specific challenges you might face when helping poly people?

Rosanna: I would say that, no matter how we want to live our intimate relationships, we share a common human experience. From an attachment theory point of view (which underlies the EFT method), we are wired to connect to other humans, to depend on each other and to seek closeness. Topics like jealousy, fear of abandonment or need for freedom are universal and we all need to find ways to deal with them in a non-violent and loving way.

Phil: I think the challenge is in having the conversations in the room, finding the right language. Earlier in my career, I came across more and more clients who wanted to have more nuanced conversations around sex and relationship, and at this point, I realised that i needed upskill myself. Normally, we might have only the dynamic of the other/the partner in the room (sometimes). But in poly relationships, we may experience multiple dynamics in the room at the same time, and what might that feel like for the client and the therapist, for e.g. And as I said before, working through our unconscious biases around relationship structures we may not necessarily be familiar with, and not replicating stigma and prejudice with our types of questions in the room.

Do you imagine that these Corona crisis times will affect the collective poly mindset? How do you predict that this health crisis will affect how we relate to each other?

Phil: I think it disrupts all mindsets, particularly if you’re white western where your privileges and freedoms are threatened/removed. I think we revert to those relationships that make us feel seen and grounded (the ones we have to / want to worry about), and we’re learning to pay attention on a daily basis really, to ourselves, to the others, and often at a distance. It’s all new. How will these relationships continue to unfold as the virus continues to spread around the globe? And, what will the impact be on our relationships of the coming-back, the reengaging that we hope/imagine, if and when society reconnects in a more recognisable way. And finally, what will happen relationally if the dominant capitalist structures do not get rebuilt? We will begin to understand more how capitalism influences how we relate to one other, can often monetise or block intimacy, for example. All new territory. 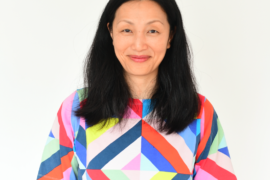 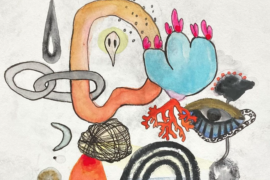 Kristi Moore and her world of creative, dynamic counselling